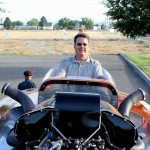 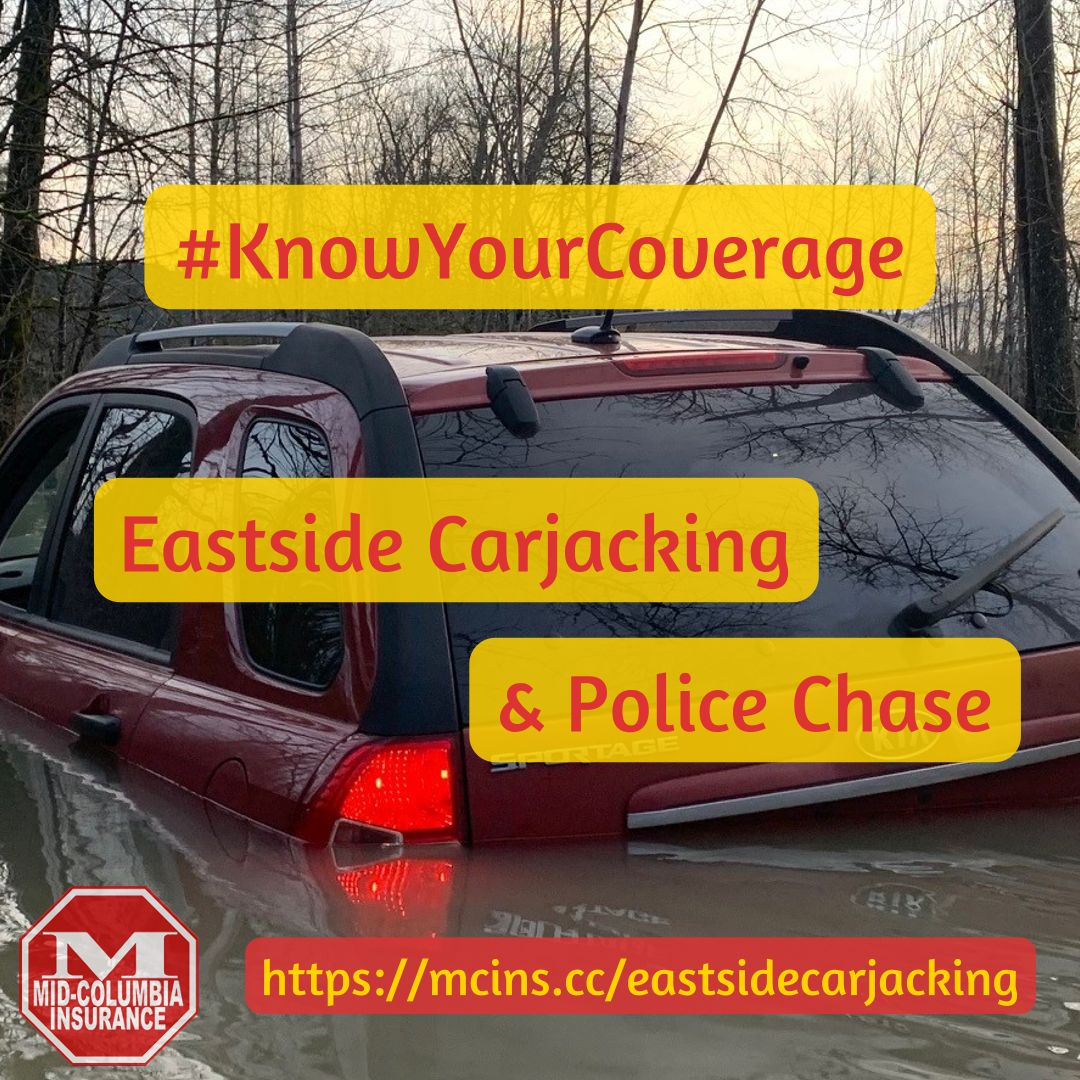 Fall City, WA – A police chase of a vehicle stolen in Bellevue led to the two suspects abandoning the stolen vehicle in Issaquah and fleeing on foot. They then carjacked a woman in a red Kia Sportage but were blocked in by patrol cars. One of the car theft suspects was pulled from the car and arrested but the other suspect put the Kia in reverse and rammed the police vehicle that had blocked him in and drove off.

After a long chase by multiple police agencies and the King County Sheriff helicopter, the suspect had to abandon the Kia and surrender to the police after driving the vehicle into the flooded Snoqualmie river at the end of Dike Road in Fall City.

Both suspects were taken into custody. The carjacking victim was not injured and an Issaquah police officer suffered only minor injuries.

We don’t know what car insurance coverages those involved in this incident had but are simply using this as a teaching opportunity.

Whenever you see an accident, it is a good time to review your coverage and determine how your insurance would protect you if you were involved in something similar.

PIP covers medical expenses involving a vehicle. Any injuries to the woman who was carjacked would be covered by the vehicle’s Personal Injury Protection.

Give our insurance professionals a call today at (509)783-5600 or click “Get a Quote” to request a quote on your insurance.  At Mid-Columbia Insurance, our goal is to get you the coverage you want at a price you can afford!

No comments to show.

How much does SR-22 insurance cost in Seattle WA?